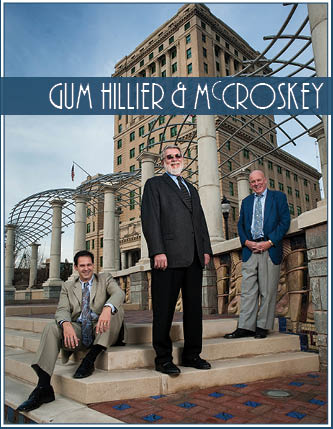 We are proud to announce that partners Howard L. Gum, David R. Hillier, and Patrick S. McCroskey have been included in the 2016 edition of Best Lawyers in America©.

Since it was first published in 1983, Best Lawyers® has become universally regarded as the definitive guide to legal excellence. Best Lawyers lists are compiled based on an exhaustive peer-review evaluation. Over 79,000 leading attorneys globally are eligible to vote, and we have received more than 12 million votes to date on the legal abilities of other lawyers based on their specific practice areas around the world. For the 2016 Edition of The Best Lawyers in America©, 6.7 million votes were analyzed, which resulted in more than 55,000 leading lawyers being included in the new edition. Lawyers are not required or allowed to pay a fee to be listed; therefore inclusion in Best Lawyers is considered a singular honor. Corporate Counsel magazine has called Best Lawyers “the most respected referral list of attorneys in practice.”

Howard Gum has been practicing family law and serving clients throughout Western North Carolina since 1976. He is a North Carolina Board Certified Specialist in Family Law and a Fellow of the American Academy of Matrimonial Lawyers. Howard has been included in the Best Lawyers in America© list continuously for more than 25 years. He has been recognized by Super Lawyers™ continuously since 2006 and twice on their prestigious “Top 100” List. He is an AV Preeminent Peer Review Rated Lawyer from Martindale Hubbell and is included in the Bar Register of Preeminent Attorneys.

David Hillier is a North Carolina Board Certified Specialist in Bankruptcy Law serving clients throughout Western North Carolina. Dave has consistently been recognized through peer review in the Business North Carolina Legal Elite, in Best Lawyers in America© since 2008, in Super Lawyers™ since 2011, and holds an AV Preeminent Rating from Martindale-Hubbell. He is the 2004 recipient to the NC Bar Association’s Centennial Award for Community Service.

Patrick McCroskey is a North Carolina Board Legal Specialist in Family Law and Fellow in the American Academy of Matrimonial Lawyers. Patrick has consistently been recognized through peer review in the Business North Carolina’s Legal Elite, and in Best Lawyers in America© since 2007. Patrick was listed in Super Lawyers Super Lawyers™ Rising Stars in 2009 and on their main list since 2012. Patrick holds an AV Preeminent Rating from Martindale-Hubbell.

Established in 1979, Gum, Hillier & McCroskey, P.A. is an Asheville-based family and bankruptcy law firm serving clients in western North Carolina. The firm helps individuals and families create lasting resolutions to conflict and crisis. The partners in the firm are North Carolina Board Certified Legal Specialists in their respective fields of family and bankruptcy law, and are mediators and arbitrators. As legal specialists, the partners welcome referrals of family and bankruptcy law matters and are commonly associated by their peers on complex matters in their individual fields. To find out more about the Gum, Hillier & McCroskey firm, visit the website at https://ghma.law.