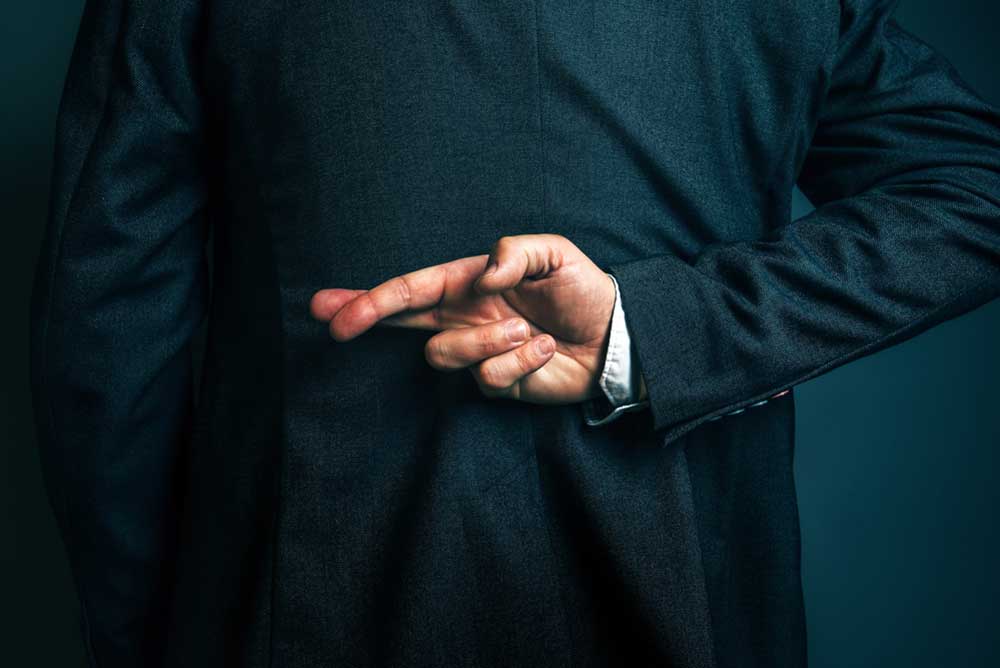 Truth or Consequences: The Impact of Lying in Your Domestic Case

There are many reasons why people lie – tell an intentional untruth – during domestic cases. When the stakes are high, such as when someone is faced with losing custody of their child or a spouse whom they still love, it is not surprising that they may embellish or outright lie to try to bolster their case, conceal evidence that may be damaging to their case, or make false allegations to try to hurt or adversely affect the opposing party’s case. It is, however, important to remember that not all untrue statements or misstatements are intentional lies. It may be that a party or witness has a different recollection of events that transpired, or their perception or interpretation is different.

Judges are adept at being able to tell when a party or witness is intentionally lying, and they have broad discretion in dealing with those who lie during the family law litigation process. A large part of a judge’s response has to do with the nature and extent of the lie, such as whether it was intentional and punitive. The most common consequence is that the judge will issue a decision that is adverse or less favorable to the lying party. The bottom line is that if you are caught in a lie, you will lose credibility and that will compromise the integrity of your entire case.

Judges have other remedies available to punish people who intentionally lie under oath or engage in other types of deceptive behavior during litigation. A judge may issue sanctions in the form of monetary fines or enter a dismissal of your legal claims and defenses. Although used to a lesser extent, typically only in very serious circumstances, a judge may have you charged with the criminal offense of perjury if you are caught intentionally lying under oath.

Being honest with your attorney will allow your attorney to give you the best legal advice and representation based on your circumstances. It will also help to ensure that there are no surprises in court. It is important to remember that attorney ethical requirements prohibit your attorney from lying for you or knowingly allowing you to lie under oath. If there is a possibility that telling the truth under oath may subject you to criminal responsibility, your attorney may advise you to take the Fifth Amendment.