Patrick McCroskey selected to Best Lawyers in America in 2011 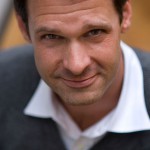 The Best Lawyers in America also lists the top rated law firms in any given area. U.S. News Media Group and Best Lawyers released the 2010 Best Law Firms rankings, marking the inaugural publication of this highly-anticipated annual analysis. The rankings, including 30,322 rankings of 8,782 law firms in 81 practice areas, are posted online at www.usnews.com/bestlawfirms; the national first-tier rankings were featured in the October 2010 print issue of U.S.News & World Report. Gum, Hillier & McCroskey was listed along with four other Asheville law firms in the first tier rankings.

Selection criteria for inclusion in each of these ratings lists are included on the right sidebar of this page.